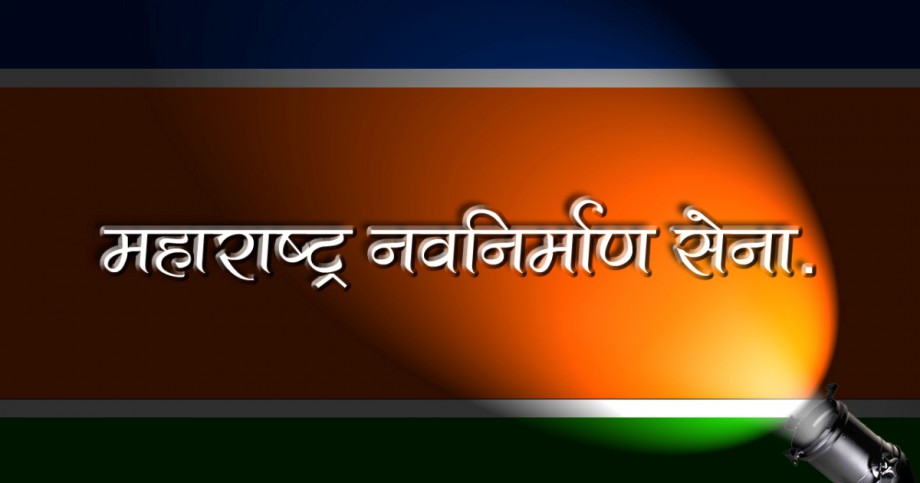 The Maharashtra Navnirman Sena (महाराष्ट्र नवनिर्माण सेना) is a Maharashtrian Nationalist party based in Maharashtra and operates on the motto of “Sons of the Soil”. It was founded on 9th March 2006 in Mumbai by Raj Thackeray after he left the Shiv Sena due to differences with Uddhav Thackeray and sidelining in major decisions like distribution of election tickets.

The party was founded by Raj Thackeray, nephew of late Shiv Sena leader Bal Thackeray. Raj Thackeray resigned from his uncle’s party in January 2006 and announced his intention to start a new political party. Also Thackeray declared his motive of building a political awareness for the development related issues of the state and giving them a center stage in national politics.

At the time of the party’s foundation, Raj Thackeray stated that he does not want to have hostilities with his uncle who “was, is and always will be (his) mentor”. Although the MNS is a break-away group from the Shiv Sena, the party is still based on Marathi and Bhumiputra ideologies. When unveiling the party in an assembly at Shivaji Park he said, that everyone is anxious to see what will happen to Hindutva. When unveiling, he also said, “I shall elaborate on the party’s stance on issues like Sons of Soil and Marathi, its agenda for development of Maharashtra and the significance of the party flag colours at the March 19 public meeting.” Raj Thackeray considers himself an Indian nationalist. The party also recognises secularism as one of its core tenets.

The MNS has received support from local Marathi speaking Muslim community of Maharashtra. Many actors from Marathi Cinema, like Nana Patekar, Ashok Saraf, Prashant Damle, Kuldeep Pawar and Mohan Joshi have come out in support of “son of soil” theory put forth by the MNS. The Jharkhand Disom Party has also let support to Maharashtra Navnirman Sena’s agitations against North Indians in Maharashtra.

MNS organises functions to promote Marathi literature. MNS also holds training workshops for the youths to work in retail industry under its child organisation Navnirman Academy of Retail Industries. The Student wing named as the Maharashtra Navnirman Vidyarthi Sena is an upcoming organisation with a large number of college going youth . It is the only students wing to have a separate Girls, Cultural and Sports cell. It is headed by Aditya Shirodkar, the son of lawyer Rajan Shirodkar . MNS also organizes blood donation camps.